Today 85 percent of Singaporeans reside in public houses designed by the government of Singapore, scattered in 23 self-contained new towns around the city. The governing policy of Singapore “think ahead, think again and think across” is clearly reflected in the national housing program as it has adapted and evolved around the changing needs and lifestyles of the population.

As the Maldives faces a housing crisis, with related social issues also on the rise, there are lessons we can learn from Singapore’s experience in implementing a successful nation-wide housing program.

Let us explore some fundamental truths about Singapore's policies.

After World War II, Singapore had a significant housing crisis with overcrowding and citizens living in houses with poor sanitation and inadequate infrastructure. This was further aggravated by a rapidly increasing population —and with urban slums and informal settlements rising unevenly. Singapore's Housing Development Board (HDB), formed in 1960, was responsible for building homes for residents, clearing land required for re-development, resettlement of families affected by clearance schemes and provisioning of loans to purchase flats.

The intervention of the Singapore Government on the massive public housing program through financial assistance and legislative reforms was the reason HDB was able to perform its role to the fullest. The Land Acquisition Act passed in 1967 allowed authorities to compulsorily acquire private land for public housing enabling the HDB to clear squatters and slum areas smoothly while resettling them into modern housing estates.

The HDB introduced Home Ownership Schemes to assist people own flats. The scheme was regarded as a means of financial security and protection against inflation and rising rents. In 1968, the Central Provident Fund (CPF) was made available for citizens to pay for the down payments and monthly repayments for their HDB flats. The tremendous result of this was that by the early 1970’s, one third of Singapore’s population had been accommodated in HDB flats.

Singapore had explicitly considered the social wellbeing and quality of life of its population on every aspect. The comprehensive town planning approach was set forth where new towns were designed with commercial, recreational, institutional and other facilities to cater for the daily needs of a multi-ethnic resident population. The building of town centers, neighborhood centers, bus inter-changes, schools, sports complexes, landscaped parks and employment centers, such as factories, helped promote social interaction and resident identity with their neighborhood.

The studio apartment scheme introduced by HDB enabled elderly citizens to encash their housing assets by selling their existing flats and purchasing smaller ones. The designs of these flats were solely to cater for the needs of elderly people including communal facilities and elderly friendly fixtures.

Long-term commitment and smart use of urban density

The concept plan set out for future public housing consisted of a long-term strategic plan for Singapore in creating a livable city with a variety of housing locations and types. In addition to the one million units already built by HDB, 800,000 new homes were needed to accommodate a 5.5 million population. The reduction of household sizes, building of high-density high-rise buildings close to the city and mass rapid transit stations in areas without restrictive height controls allowed more people to take advantage of the amenities that the city offers and live close to their workplaces; minimizing travel time.

The policies of public housing evolved with emphasis on community development which was part of HDB’s corporate mission aside from providing high quality and affordable homes. Thus, the People’s Association (PA) established in July 1960 aimed at fostering racial harmony and social cohesion which was believed to be the basis for nation building. In 1989, the ethnic integration policy was introduced to ensure a balanced racial mix within HDB estates. Precinct spaces such as amphitheaters and pavilions were built to give residents more opportunities for interaction and to develop a cohesive community.

The governing principles of Singapore’s housing policies include offering protection from social risks, fostering racial and ethnic harmony, enabling community development and providing access to housing to as many residents as possible at an affordable rate. The results of the entire set of meticulous policies and strategies realized and enacted early on has made Singapore a nation with one of the most successful Public Housing Programs in the World. The overall design of the Social Housing Policies may have seemed unusual for its range of secondary policy functions unrelated to housing. However, those fundamental aspects reflected in the housing policies can now be seen as essential when providing a large-scale housing program.

What can we learn?

The issue of housing in the Maldives is heightened due to increased internal migration to capital Malé — mainly due to lack of adequate health care, education and jobs in other regions. The population of Malé has outgrown its housing capacity yet the number of Maldivians desperate for basic needs continue migrating to the capital as key developmental issues remain unaddressed.

Taking notes from one of the world's finest public housing programs, our country needs a long-term strategic plan supported by government, with legislative reforms and sound policies addressing the core issues at hand.

The nation desperately needs a stringent system that anticipates regional development, community building and financial assistance for home ownership. A system that cannot be modified or changed every five or 10 years with every new administration. The supply of thousands of housing units concentrated around one city to address the housing needs of a population is simply not the solution the Maldives requires. It is important that we understand the fundamentals that build up a proper housing market. 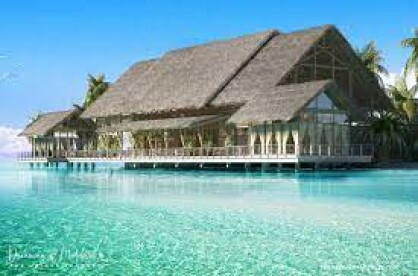 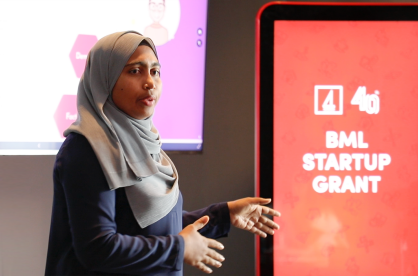 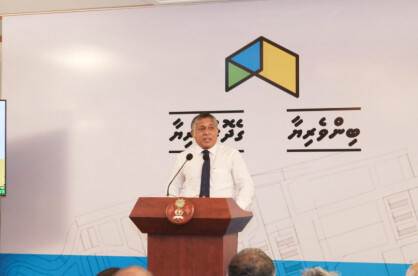