Have you ever sat down and wondered exactly how many people exist in this world? While the answer might be just one google search away, for many of us from small islands and countries it can be quite hard to imagine such a large number of people existing on this very planet.

With our daily interactions being limited to a few dozens people per day including our colleagues, family and friends, we often never really think about the vast majority of people that we have yet to meet and also the large number of people that we will never cross paths with.

According to the United Nations (UN), the population of the planet has reached 8 billion by 15th November 2022. An extremely big number to think about all at once, but is this really a big increase compared to previous decades or does it feel that way because none of us has checked on the population growth of the world in…forever?

Statistics show that it took a dozen years for the global population to grow from 6 billion to 7 billion between 1998 and 2010, and around another decade for the population to grow by another billion. And while many expected the mass death tolls during the two horrifying years of the COVID-19 pandemic to lower population growth, it appears that the number of birth remained steady even during this period, meaning that the population growth continued at a steady pace.

However, there have been many claiming that the world population growth might be slowing down with a decrease in birth rates, even when it comes to the Maldives several news articles were published in 2022 heavily discussing the decreased birth rate in the country.

Whether these claims are true or not remains to be seen as the census was taken in September 2022 and the figures are yet to be published. When looking at the total fertility rate two third of the world’s people live in countries where the fertility rate is below the replacement levels, so there might be a hint of truth to the discussion surrounding the lack of births in today’s age.

This discussion is also one that is not taken lightly as many feel threatened by the dropping population or birth rate as the increasing elderly population threatens the system that the world has been working under for so long with a younger population constantly taking over the workforce so that the elderly can retire.

For many, the threat is an ageing population becoming common in most countries of the world, which could easily lead to several problems. However, the other side of the coin is the reasoning as to why the birth rates have decreased compared to a decade ago as women getting an education has given them a freedom of choice compared to previous years, the increasing inflation globally as well as the real dangerous threats in society becoming more commonly known with the development in news and media.

So with the population of the world being 8 billion as of now, we can safely say that population growth is steady for now. The worry about whether the Earth is getting overpopulated or under-populated appears to be a worry for later. 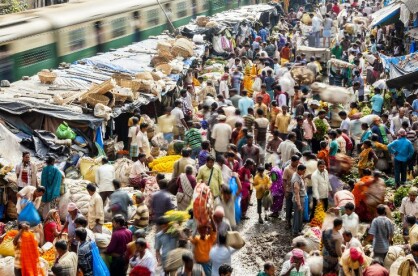 India to surpass the Chinese population by April 2023 The Strong US Dollar - how does it impact the world?