On 22 May, the Ministry of Tourism announced a 30 percent reduction in acquisition costs for 16 islands tendered on 9 April, citing the ‘current investment climate’ posing challenges to making large investments. However, the Ministry had announced, just a few weeks earlier, that there was huge interest from investors, especially following amendments to the Tourism Act in 2020, with more than 43 parties attending the pre-bid meeting. Although this is an important part of the additional revenues included by the government in the 2021 budget, many were skeptical whether it could be realized, especially given that only one party submitted a bid when four islands were tendered for tourism in March 2021.

This raises the question whether the Maldives' world-class tourism industry, which accounts for more than 70 percent of its GDP, is losing its appeal in attracting Foreign Direct Investments (FDI) or whether there are other factors contributing to this lack of interest.

Increasing FDI in strategic development areas is one of the key pledges of the Solih Administration. In his first visit to India in 2018, the President announced the Maldives' commitment 'to provide protection and legal cover to foreign investments.' However, just past the half-way mark into his administration, amendments to existing legislation as well as new legislation, including the Foreign Direct Investment Act (1979), the Companies Act (1996) and Bankruptcy and Insolvency Bill are behind schedule as per the government's Strategic Action Plan.

Nicholls Daniel, an expert on international FDI, has said that the most important factor affecting FDI, even more so than legal protection, is "confidence and that the bedrock of confidence is stability." While peace and stability are crucial for garnering investor confidence, there are many other factors foreign companies consider when investing. For small island developing states (SIDS) such as the Maldives, the essential ingredients in driving demand are the availability of business opportunities, the extent of the financial structure and macroeconomic stability, in addition to the legal infrastructure. The Maldives however, is performing poorly on many of these areas at present.

While pursuing business opportunities, investors assess risk/reward trade-offs. With the five largest hotel chains in the world losing over USD25 billion due to the pandemic, such investors are more cautious. The Maldives has been rated by international agencies since 2016. However, over the last two years, Moody's downgraded its rating for the Maldives from a B2 to B3 (negative) and Fitch downgraded its rating from B+ to CCC. Moody's, in its most recent review in May 2021, highlighted the risks posed for the Maldives from unsustainable fiscal policies and debt distress. Hence, in order to attract foreign investments it is imperative that tangible measures are implemented to bring the country's debt under manageable levels.

According to CNN Travel, the 'Maldives became the biggest success story in international tourism' after re-opening borders in July 2020, taking advantage of 'its unique geographic features.' With the help of attractive policies such as no quarantine requirements for arriving tourists and plans to offer ‘Visit, Vaccinate, Vacation’ packages, total tourist arrivals by April 2021 surpassed the levels reached over the same period in 2019.

However, COVID-19 cases in the country sky rocketed in May 2021, mainly due to the government relaxing many of the restrictions in place in April, as well as the spread of a new Indian variant of the virus. This forced the government to ban travelers from South Asian countries in May, which had accounted for more than 20 percent of arrivals.

With a monthly decline in arrivals of more than 30 percent observed in May, there is now serious doubt that the target of 1.5 million tourists for the year will be achieved. The outlook further deteriorated as traditional markets such as Germany and the UK also issued advisories cautioning against travel to the Maldives.

A former cabinet minister said that "Maldives' tourism is pretty much like gold, but the only difference is that a lot more work is required to protect and preserve it." The minister argues that correct and timely health interventions are essential to protect the tourism industry's image during the pandemic, and to have a quick rebound in FDI.

Data published by the Maldives Monetary Authority (MMA) showed that US$348.3 million was recorded as FDI in 2020, much lower than the US$956.2 million in 2019. This reflects a fall in new equity investments by foreign investors in the tourism sector. Nevertheless, during the last decade, Maldives has managed to attract a total of USD4.3 billion in FDI, which is much higher than the USD423 million average for small island developing states (SIDS) including Mauritius (USD398 million), Fiji (USD358 million) and Seychelles (USD159 million).

According to the World Investment Report 2020, Maldives' FDI inward stock stood at USD4.8 billion in 2019 and was among the top five recipients of FDI among SIDS (with a share of 15 percent). The major FDI sectors was tourism, ICT and transport services. They also observed that the share of announced greenfield projects in FDI inflows exceeded 80 percent for the tourism sector.

Daniel (2012) in his book of ‘Foreign Direct Investment: Smart Approaches to Differentiation and Engagement,' highlighted that since “we live in an age of rankings and indices," understanding the relative importance investors attach to such FDI rankings and the methodologies used in the compilation are crucial to ensure the right messaging is delivered to investors.

One such market ranking conducted by fDi Intelligence in 2019 showed the Maldives to be far behind neighbouring countries such as Sri Lanka, which attracted on average USD904 million over the last decade. Likewise, Maldives lags far behind Cyprus (USD27 billion on average), a small island country that ranked first on the fDi’s Island Economies of the Future ranking in 2019.

The Maldives has also continued to underperform on the World Bank's Doing Business Index since 2010. In 2020, Maldives was ranked 147 out of 190 countries, falling from its ranking of 136 in 2018 and 71 in 2010. Maldives also compared poorly with other SIDS, with low rankings on getting electricity, registering property, trading across borders, protecting minority investors, getting credit and resolving insolvency. It must be noted that the Index itself, however, is not without its own controversies.

The Maldivian Government has undertaken many initiatives though, to improve the Maldives' ranking on the index, including the introduction of an online e-business portal for business registrations. A National Single Window is also being established, to standardize customs and international trade procedures, thereby reducing delays and lowering costs of good clearance. After an initial hiccup in September 2020, the project is back on track with invitations for pre-qualification issued in February.

Absence of a long-term investment roadmap

Another important strategy to increase FDI is to strengthen ‘Invest Maldives’ -  the government’s investment promotion arm. One of the key tasks identified in the SAP is rolling out a comprehensive and interactive website. However, Invest Maldives' website is currently defunct, resulting in the central messaging platform for the investor being non-existent.

Daniel (2012) argues that 'destination marketing and place branding' is one of the core roles of an investment promotion agency, with the use of 'proposition-based marketing' being more effective. This is when investment promotion agencies develop sector-specific value propositions that outline how their locations can add tangible benefits to a 'would-be investor'. However, the absence of a long-term investment roadmap is a key element missing in the Maldives' efforts to develop such marketing strategies.

Countries such as Singapore and Dubai that top the FDI list, plans for the next 15-30 years with detailed masterplans and investment plans. In Singapore, its Urban Redevelopment Authority (URA) has a 15-year masterplan for developers of land and property. Singapore is a benchmark in ‘city state branding,’ and they often leveraged the state’s image to boost GDP. In doing so, Singapore has managed to increase its FDI from USD300 million in 1973 to almost USD90 billion by 2020.

On the other hand, in the Maldives, with governments changing every five years since 2008, the plans of previous administrations are discarded or completely changed. It is high time though, for 'bi-partisan' longer term goals and visions to be set beyond the five years in office, as investment lifetimes could be more than 100 years. If the Maldives is able to re-discover its competitive niche in the evolving world and address key structural issues, attracting over USD5 billion in FDI is a real possibility. 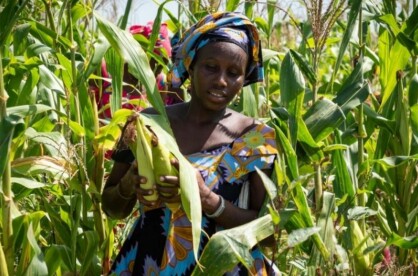 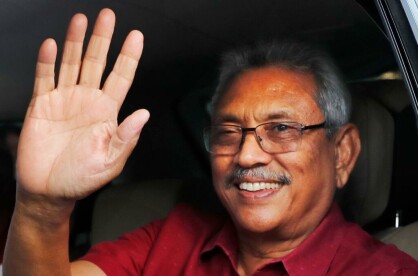 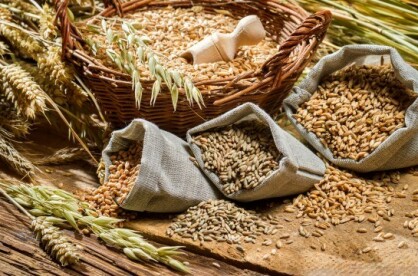 Ukraine and the global grain shortage The IMF bailout agreement with Sri Lanka has been postponed