The Maldives National Museum is one of the most precious buildings in the Maldives. Built all the way back in the 90s, this museum holds a collection of historic artefacts that serve to trace the unusual history of these isolated islands. This old building has been through two attacks in the past: one homemade bomb attack on Sultan park where the museum is located and a mob attack where several remnants of the Buddhist statues were destroyed.

Considering that the building has stood the test of time and two attacks, the building is definitely not in its best shape and is in need of some upgrades. On 31st July of 2022, the Bank of Maldives (BML) officially announced that the bank is supporting the upgrade of the Maldives National Museum as a part of the series of 12 high-impact monthly community initiatives that are being led by the bank in honour of their 40th anniversary.

While the museum used to be a popular destination for many people, it appears that due to a lack of renovation and upgrade, the museum, like the artefacts inside, is stuck in the past. People have lost interest in visiting the building and learning more about Maldivian history as a result of this.

If BML's initiative goes as planned, the museum may regain its glory, as the bank has decided to support the care, preservation, and display of the National Museum's collection, including the upgrading of its conservation and preservation laboratory and the development of interactive content to encourage public engagement and attract visitors.

This is the 9th project carried out by BML in celebration of their 40th anniversary. 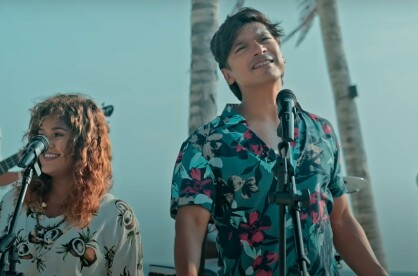 Are you not entertained!